The Unmistakable Clarity of the Covenant

(Summary: The Baha'i Covenant is a model of clarity. Baha'u'llah and Abdu'l-Baha were unmistakably clear in the designation of Their Successors. Shoghi Effendi would not revert the matter of succession back to being a matter of hint and mystery, when he himself points out that clarity is its distinguishing feature. Covenant-breakers -- people who lust for the leadership of the Baha'i Faith -- try to sell the notion that the Covenant is a mysterious matter, and this is inconsistent with this distinguishing feature of the Baha'i Faith.) One of the unique characteristics of the Baha'i Covenant is its clarity: Baha'u'llah designated His Successor by name in writing. Likewise, Abdu'l-Baha designated His twin Successors, the House of Justice and the Guardian, in writing.

Shoghi Effendi writes that Baha'u'llah and Abdu'l-Baha have designated their Successors with unprecedented clarity, that They have

`Abdu'l-Bahá said that the designation of the Successor in this Day is not hidden, it is manifest, and in writing:

“Christ has said that no one hides the lamp under a bushel.... Praise be to God! Bahá'u'lláh left nothing unsaid.... To protect and safeguard the religion of God from this and all other attack, the Center of the Covenant has been named and appointed by Bahá'u'lláh. Therefore, if anyone should set forth a statement in praise or recognition of another than this appointed Center, you must ask him to produce a written proof of the authority he follows.” (The Promulgation of Universal Peace, p. 456)

Some things in the Baha'i Faith are hidden. There are mysteries in the Writings which are only unfolded through personal spiritual experience. However, the appointment of the Successor – the Covenant of Succession - is one area where there is only clarity, not hints and suggestions.

In her letters to the friends, the Greatest Holy Leaf, Abdu'l-Baha's Sister, often commented on the clarity of the Covenant of Abdu'l-Baha, His Will and Testament, which has entirely eliminated confusion:

He has specifically named the centre to whom all must turn, thus solidly fixing and establishing the foundations of the Covenant, and has clearly appointed the centre, to whom all the people of Baha must direct themselves, the Chosen Branch, the Guardian of the Cause of God. (Bahiyyih Khanum, p. 122)

O my kind Lord! Thou didst make a clear compact and a Covenant explicit and firm, not in veiled and allusive language, that all should turn unto the Centre of Thy Covenant and the Protector of Thy Cause - so that no doubts whatever would remain for the hostile and the suspicious to exploit... (Bahiyyih Khanum, p. 126)

the Chosen Branch, Shoghi Effendi, has been clearly appointed in conformity with explicit, conclusive and unmistakable terms....There is no hidden mystery, no secret that remains concealed. (Bahiyyih Khanum, p. 217)

In its every aspect, this noblest of Dispensations and greatest of eras is something set apart, for it is most exalted, most glorious, and distinguished from the past. In no wise is it to be compared with the ages gone before. So plainly, in this mighty day, have the mysteries been laid bare, that to the perceptive and the initiated and those who have attained the knowledge of divine secrets, they appear as tangible realities. In this new Day the stars of allusions and hints have fallen, for the Sun of explicit texts has risen, and the Moon of expositions and interpretations has shone above all horizons.

As expressly stated in the Holy Text, a specific Centre has been given us. With His own pen has 'Abdu'l-Baha, the Centre of the Covenant, selected and appointed Shoghi Effendi, the Chosen Branch, the Guardian of the Cause of God, the interpreter of the Book of God, so that the highway of divine guidance has been clearly marked out and lighted up for all the ages to come. This bounty is one of the distinguishing features of this mightiest of Dispensations (Bahiyyih Khanum, pp. 194-195)

The Universal House of Justice has been designated in that same Document, the Will and Testament, which provides the same assurance of divine guidance to the House of Justice as it does to the Guardian of the Cause.

In contrast, the claims of pretenders to the Headship of the Baha'i Faith—Mason Remey and his followers—try to assert that the successorship is a matter of innuendo and mystery. They say that here, the Guardian was making a hint; there, Abdu'l-Baha provides a mystery, and you add them all up, and presto, Mason Remey was named Guardian of the Cause. But what does Shoghi Effendi say about mystery in the matter of successorship?

“Unlike the Prophets gone before Him, Whose Covenants were shrouded in mystery,” the Covenant of Baha'u'llah was “clearly defined” and was “incorporated in a specially written Testament." (God Passes By, p. 27)

In the light of all of this clarity demonstrated by his Predecessors, Shoghi Effendi is not going to re-introduce mystery into the successorship. One of the matters he emphasized was "that no confusion ever enter the divine order." (From a 1924 letter to the Baha'is of the East, translated from the Persian, published in The Baha'i World, Vol. XIV, p. 436, and in the Compilation on Establishment of the Universal House of Justice.)

The Universal House of Justice is today the Head of the Baha'i Faith, not because it is desirable that it be so; not because the Hands of the Cause decided it should be so; but because Abdu'l-Baha, in His own handwriting, in His Last Will and Testament, expressly designates the Universal House of Justice as one of His Successors, directing the Baha'is to turn to it and seek its guidance.

Abdu'l-Baha Himself testifies to the clarity of His Covenant, with these words which close the Second Part of His Will, after He has directed everyone to turn to the House of Justice and promises that God guides its elected membership:

O God my God! I call Thee, Thy Prophets and Thy Messengers, Thy Saints and Thy Holy Ones, to witness that I have declared conclusively Thy Proofs unto Thy loved ones and set forth clearly all things unto them, that they may watch over Thy Faith, guard Thy Straight Path and protect Thy Resplendent Law. (Will and Testament, p. 22)

The Supreme House of Justice will take decisions and establish laws through the inspiration and confirmation of the Holy Spirit, because it is in the safekeeping and under the shelter and protection of the Ancient Beauty, and obedience to its decisions is a bounden and essential duty and an absolute obligation, and there is no escape for anyone. (Abdu'l-Baha, quoted in Messages From The Universal House of Justice 1963 to 1986, p. 85) 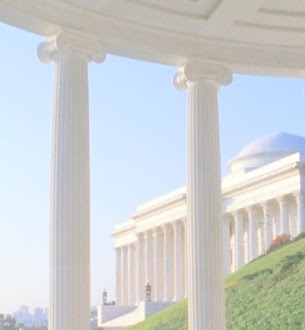 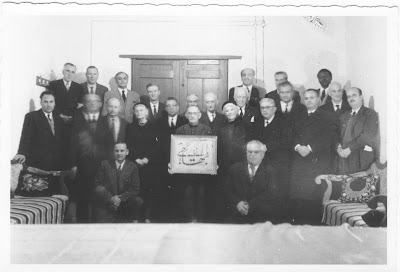